I don’t know a lot about sheep.  Only once have I been among a flock of sheep in their natural environment.  All other encounters were in the controlled environments of zoos of some sort.  But in talking to their caregivers, their shepherds, I have learned a few key facts about these gentle creatures and the importance of the shepherd’s role.  First, harsh though it may be, sheep are just not very bright.  As long as green grass is under their noses for munching, they will keep their heads to the task of filling their tummies and pay little attention to where they are going.  Aimlessly guided by their appetites, they can easily wander off the edge of a cliff or into a briar patch that would tear and ensnare them. Second, they are relatively defenseless.  By nature, they are typically timid and fearful, plus they lack claws, fangs or other defense mechanisms to protect against predators.  So, a shepherd’s watchful eye is needed as the stealthy carnivorous enemies lurk.

Hmmm.  Come to think of it, we humans sound a bit like these critters.  Driven by our own appetites, distracted by the world’s illusions of “the grass is greener over there,” we can easily be lulled into aimless paths of danger or even destruction.  Far too easily we can become ensnared by temptations of this world that tear at our very beings.  And when it comes to defending ourselves against our number one predator, Satan, who seeks to devour our precious souls, we are powerless.  Unaided, we are vulnerable to his treacherous attacks, unable to offer any defense or shield.

But we are not without a Shepherd.

The Lord God, Almighty Shepherd, calls us His own.  He takes charge of His sheep, protecting, seeking, feeding those that are His. 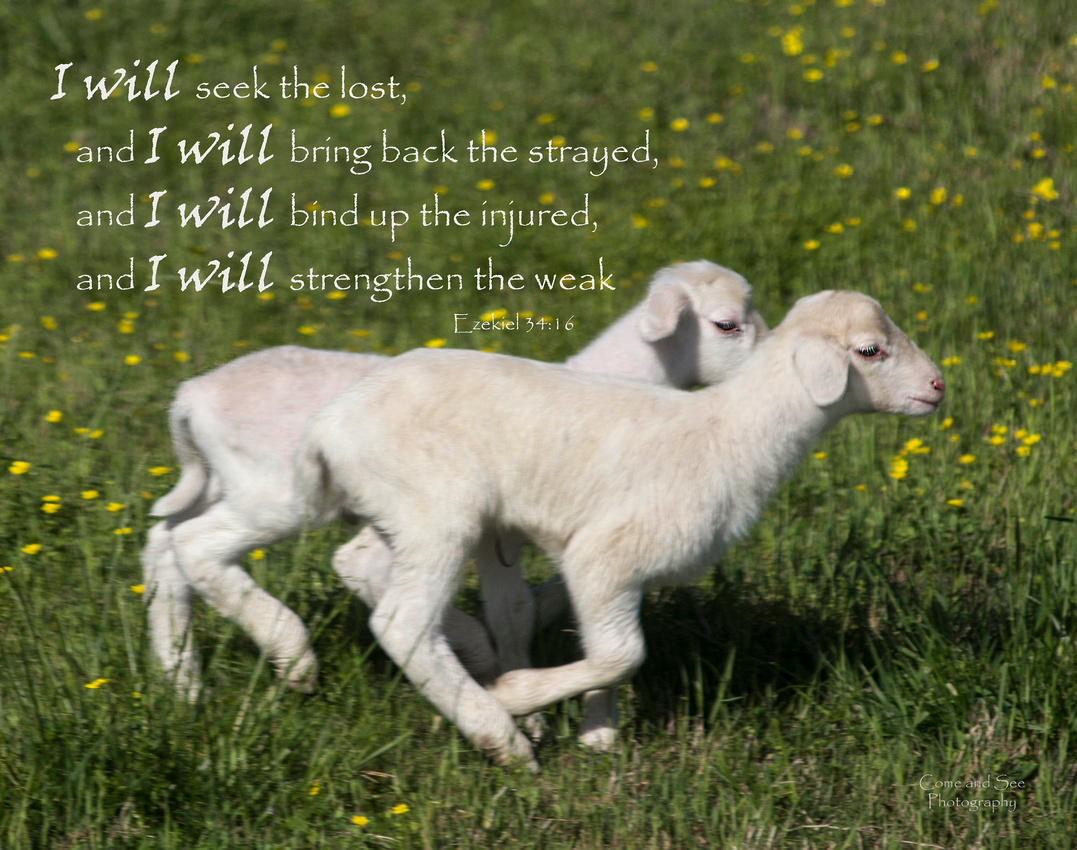 But He doesn’t stop there.  The Shepherd speaks of a time to come when He will set up a new Shepherd, His only Son, to care for His precious lambs. 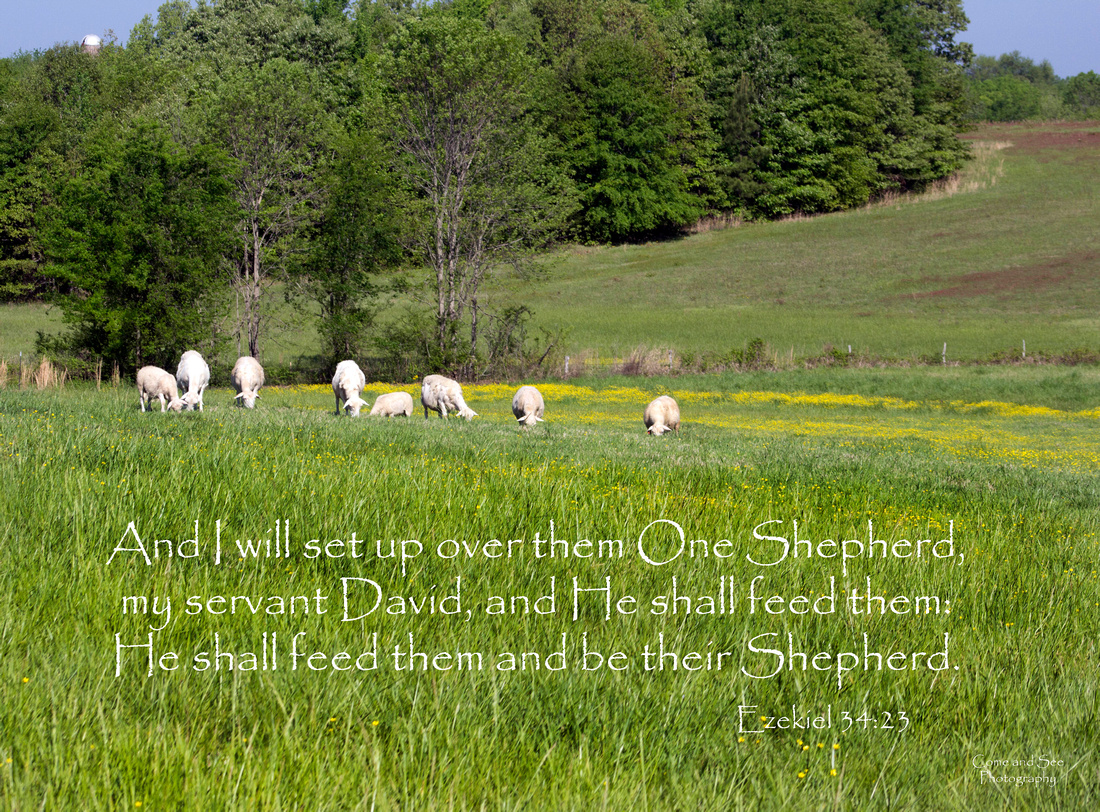 Here is what is absolutely beyond human design.  The Lord God, the Mighty One, sent this new Shepherd.  But incredibly, He sent the Shepherd in the form of a lamb,... pure, innocent, gentle lamb.  He made the Shepherd to BE one of the sheep in order to BE the perfect sacrifice so that He could BE the Shepherd, saving the lambs from the vicious attacks of the Evil One who seeks to devour them. If you or I were writing this story, perhaps we would have written it differently.  Perhaps the Savior would have taken on a different form, certainly not the same as the frail humans He was coming to save!  If I were writing the story, I'd have been tempted to write Him as being this "bigger than life" super-being, perhaps standing taller, bigger, with bulging muscles.  Yet God chose to send His Son among us in the form of human beings, God's lambs.  He became one of us to save us.  This is so profound that words fail in attempting to describe the impact.

The Lamb of God came, though, by God's design and in fulfillment of His promise.  The Savior came, offered His life as the pure sacrifice we could not fulfill.  He rose again and stands ready to lead, comfort, bind wounds, feed His lambs with a tenderness and compassion that only a Shepherd can know.

So how do sheep respond?  Sheep know their master’s voice.  Sheep trust.  And sheep follow the shepherd.

Whose voice are you following?