A quick five minute glance at this morning's news displayed stories of struggles for power and control.  Soldiers crossed invisible territorial lines in the oceans.  Candidates vie for voter support.  Even the commercials depict a myriad of products touting promises of stronger muscles, leaner bodies, faster speeds, and more attractive presence.  It seems at times the whole world is busying itself in pursuit of power.  Millions and millions are poured into election coffers, advertising, and deal-making with hopes of grabbing for the top ring.

On a more personal level, each of us faces some of these same challenges in our daily lives.  At work, who will get the next promotion, be chosen to lead the next project, or win the next award?  At school, who will make the best grade, make the team, be selected for a special honor?  This same human struggle can even seep into our homes and our church families.  Who gets the last brownie, gets to pick the television show, or has to change the next dirty diaper?  In our church family, who is selected to lead the ministry, who gets acknowledged publicly for sacrifice and perseverance, or who has the most beautiful singing voice?

Just a few short weeks ago, I got a glimpse of strength that transcends this world.  Only days before Christmas, the Atlanta airport was filled with hundreds of military personnel, some headed to fields of service, others eagerly returning home.  All, though, stood as symbols of this nation's finest examples of physical strength and courage.  Dressed in their camouflaged war-ready garments, strong bodied men and women pledged their lives to protect our nation's freedom.

Yet of the scores intermingled among civilian passengers flooding the terminals, one young soldier stood out as a giant, not because of physical stature, though clearly he was physically strong.  What caught my attention, instead, was what he was doing.  Surrounded by all the noise and chaos of the human floods around him, this lone soldier sat intently focused on one thing:  the open Bible in his lap.  Here he was, physically young and strong, a member of one of the world's strongest and most accomplished military forces.  Yet he recognized the only Source of true strength. 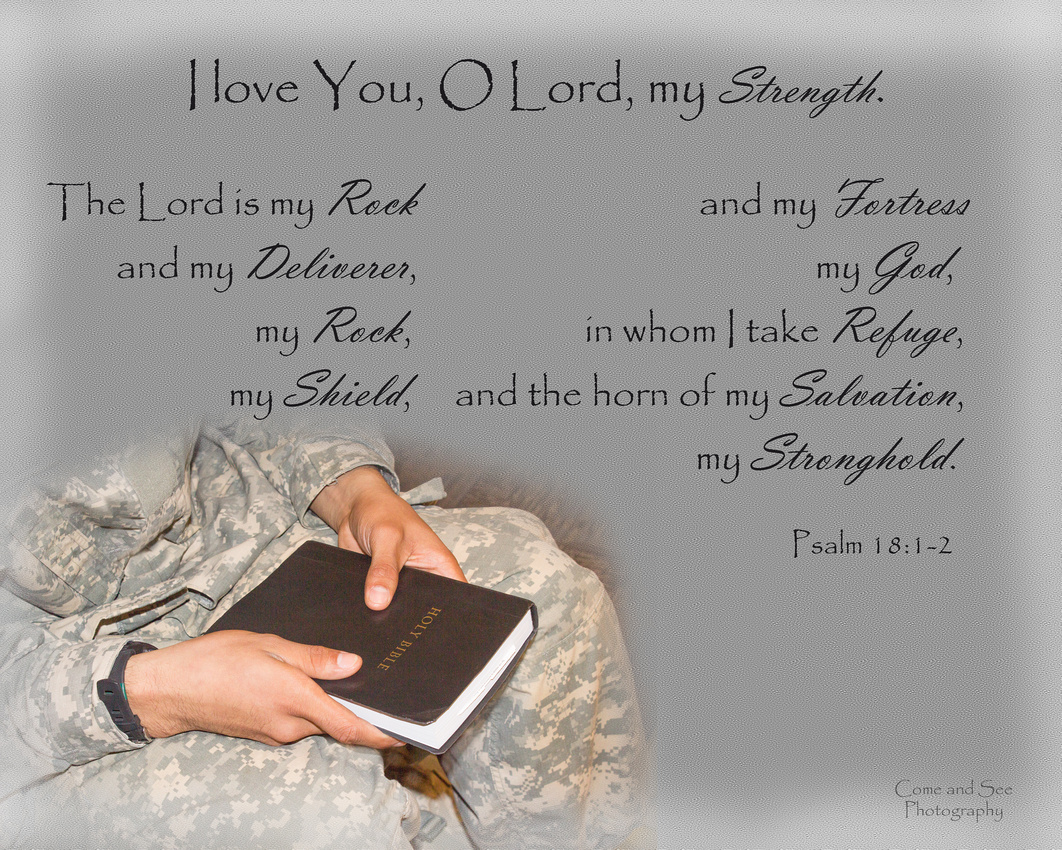 Jesus calls us to lay down our striving and grappling and stressing over who will be first and greatest and simply come to Him, our Rock and our Strength.  It is only through this surrender that we can be strong, a strength that is not dependent upon money, fame, physique, or fads.  It does not waiver by votes or accomplishments.  Instead this Strength is offered freely to His children who simply surrender to Him.

And He said to them,

“If anyone would be first,

he must be last of all and servant of all.”