I have to admit it up front: I dreaded this week's readings.  The detailed descriptions of Jesus' agony from His heart-wrenching prayers in Gethsemane before His arrest through the humiliating treatment during the mockery trial, leading to the excruciating hours of pain leading to and on the cross.  Reading the meticulous descriptions, particularly when you combine the writings of all four gospel writers (Matthew, Mark, Luke, John) is almost more than I can handle.

But I brace and read. 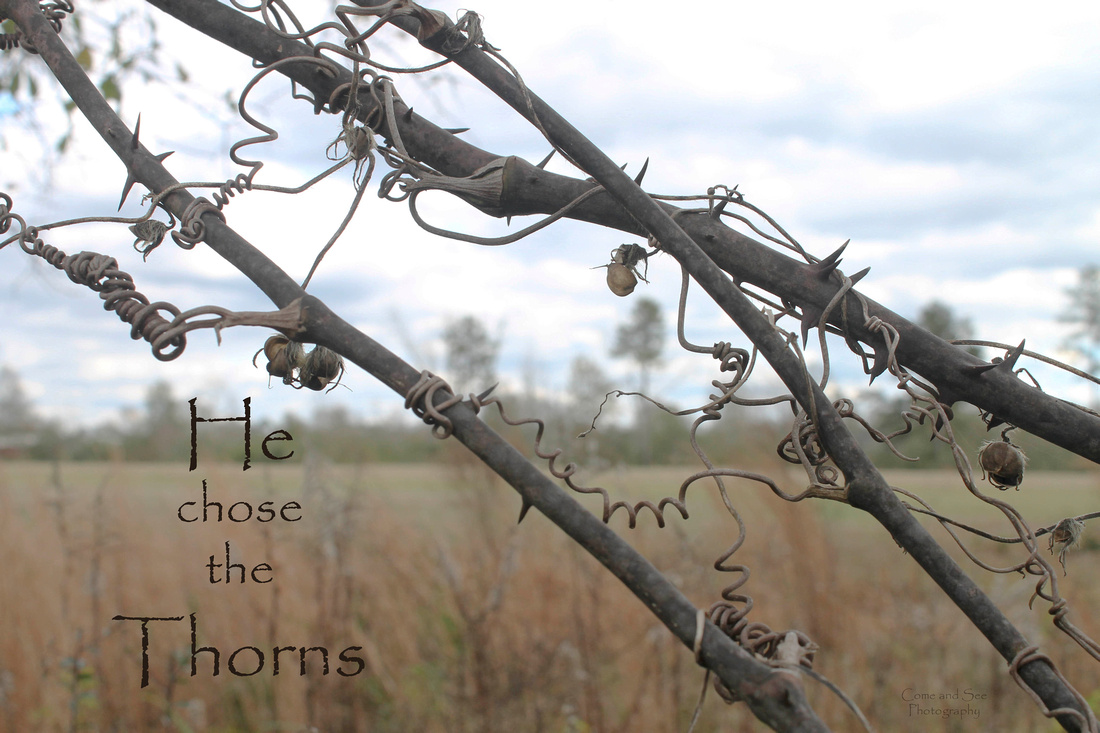 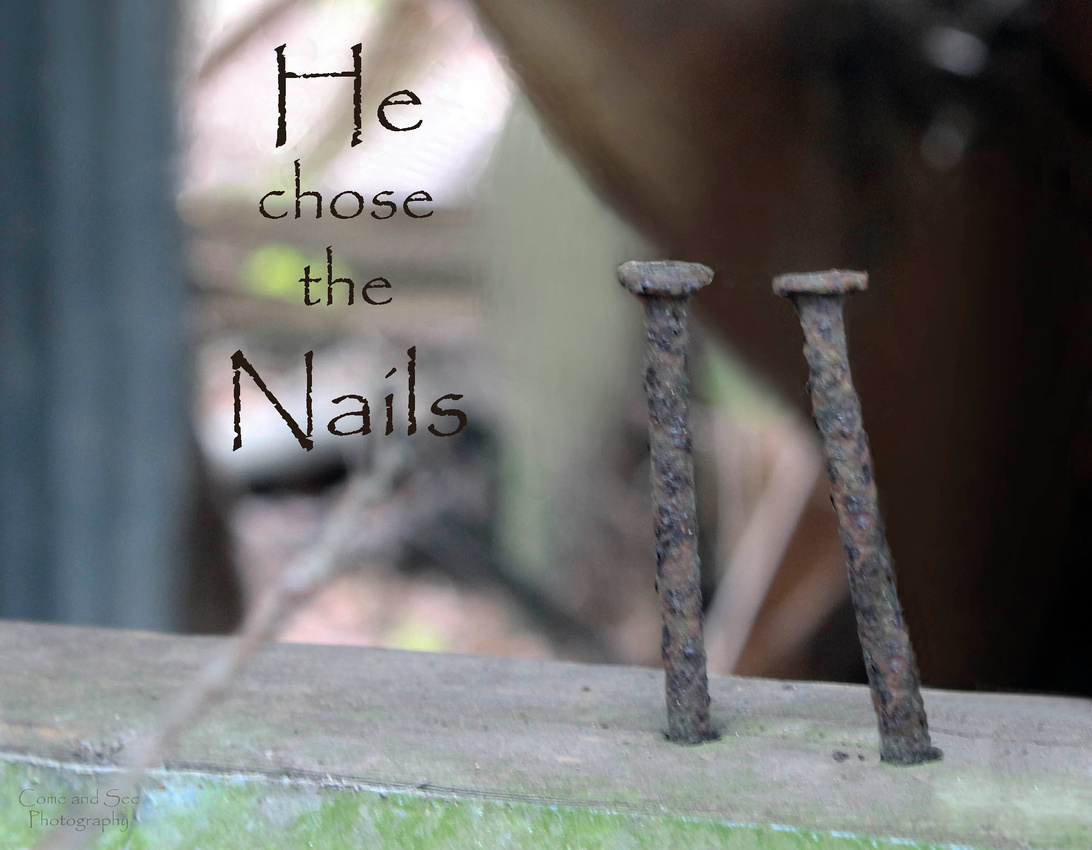 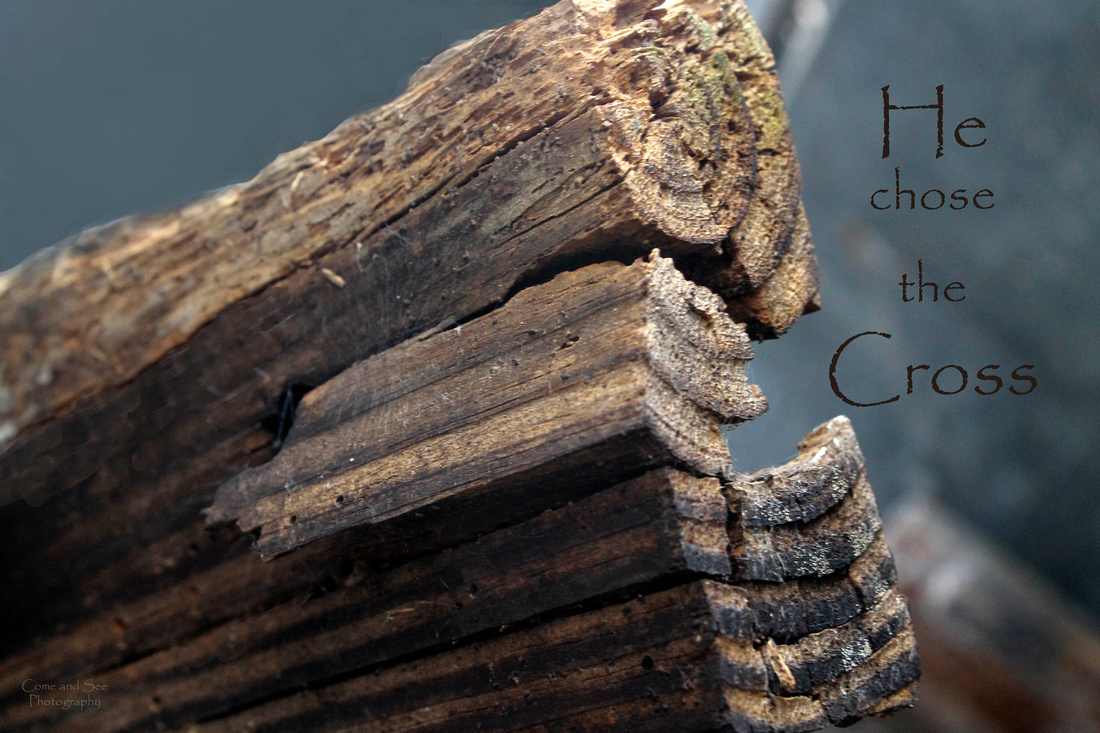 And I'm angry.  Angry at the religious leaders of the day.  Why couldn't they take their blinders off and see what they were doing?

Angry at Pilot.  He knew Jesus was innocent, yet he gave in to the whims of the religious elite.

And then I remember.

I remember and bow my head in shame.

I am the one to blame.  Jesus died for me.  Not because religious and political leaders didn't understand.  No.  Jesus' entire reason for coming to the earth was to suffer and die for me because of my sins.  Because He loves me.  This was the plan all along, and Jesus knew that. He told His disciples on multiple times that He would die for the sins of mankind. (See Matthew 16:21, 17:21-23, and 20:17-18 for a few examples.)

Coming in and out of Jerusalem from His boyhood up to adult years, Jesus likely saw others being crucified.  He knew that this was the trajectory of His human existence.  And as the final days of His ministry began to count down, I can just imagine that as He passed by others hanging in agony on a cross that He winced, knowing that before long it would be His blood which would form the ragged red pools under the rugged place of torture.  The absolute worst kind of death devised in that day.  Can you imagine what He must have felt in those moments when He came face to face with what He would endure?  When He looked into the eyes of those hanging there and saw their grief, felt their pain?

It's nice and neat to think that Jesus just took all of this in stride.  After all, the Hebrew writer does say that "...Jesus, the founder and perfecter of our faith, who for the joy that was set before Him endured the cross, despising the shame, and is seated at the right hand of the throne of God."  Hebrew 12:2

And yes, He did endure.

But there was that moment.  That moment when He looked to the Father and said, "Father, if you are willing, remove this cup from Me." (Luke 22:42)  And look at another sentence that Mark includes in his account, "Father, all things are possible for You.  Remove this cup from Me."  (Mark 14:36)  Jesus was grappling with the pain He knew was in His path.  This was going to be horrible beyond description and He calls out to the Father.  "Please take it away."

What was that about?  I thought God always answered our prayers?  How would He say "No" to His only Son?

And we know why, at least in part.  WE are the reason God said, "No."  WE are guilty and Jesus was the only perfect sacrifice that could take our place.

Sometimes "No" is an answer to prayers.

God says "No" when there is a better, more important purpose at stake.

But here's what I had not considered before that has completely transformed my thoughts about prayers to God during struggles. 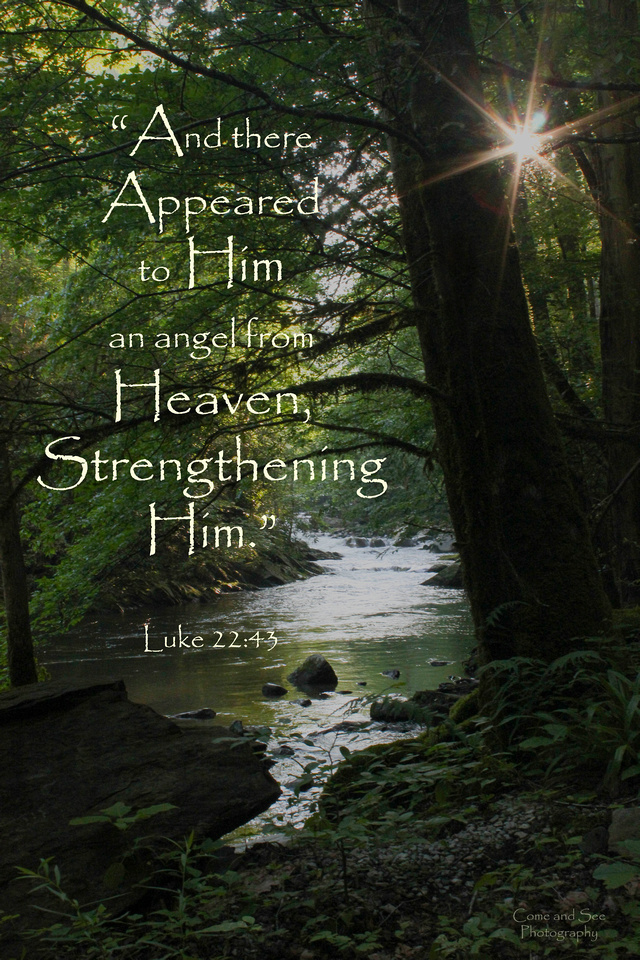 True, God said "No" to Jesus' request.  However, the Father did not leave Jesus to endure this moment alone.  Rather, He sent comfort to Jesus to aid Him through what He must endure.

This same compassionate Father aligns with us in heartache also.  He may not always take away that which we must endure.  However, He will not leave nor forsake us.  He is here. He loves.  He cares.

One of Jesus' last words to His disciples before He ascended into heaven included this thought also.

"Go therefore and make disciples of all nations, baptizing them in the name of the Father and of the Son and of the Holy Spirit, teaching them to observe all that I have commanded you. And behold, I am with you always, to the end of the age.”  Matthew 28:19-20 (emphasis added.)

Our Savior and our Father are here for us daily.

That doesn't mean that we will not have to endure intense pain and struggles.  Nor does it mean that God will always instantly remove our trials in the moment we call to Him in prayer.

What it does mean is that His followers, His disciples, His children will never have to walk through any of this life's struggles without His comfort.