The classic story of Samson and Delilah is so powerful that its meaning carries beyond religious culture to infiltrate pop culture.  Being called a “Delilah” has a pretty clear (and not complimentary) meaning.  Likewise, the name “Samson” is synonymous with strength.

So, many of us know the story.  But just to recap:  Samson is given unusual strength by God through a promise to his parents before his birth.  Thus, it wasn’t by anything he did; rather it was a gift from God.  However, Samson, while physically strong, had some pretty devastating weaknesses.  One in particular, his appetite for women, got him into trouble more than once, and ultimately ended in his loss of freedom, strength, his eyesight, and his very life.

Delilah was the final woman in Samson’s string of ungodly choices.  She, like Samson, had her own appetites which, as many today, she sought to satisfy with money!  When Samson became attracted to her, Delilah was approached by five of the leaders of her people to encourage her to seduce Samson in order to learn the source of his strength.  All for a price.  And the price was big!  In today’s dollars, the bribe was somewhere in the ballpark of $90,000.

As the story continues, we see Delilah accepting the bribe, resulting in this exchange with Samson:

“And she said to him, ‘How can you say I love you when your heart is not with me?...And when she pressed him hard day after day and urged him, his soul was vexed to death and he told her all his heart.” (Judges 16:15-17)

The “all his heart” part was, of course, the secret to his strength, which Delilah promptly exploited resulting ultimately in Samson’s death.

All aimed in the wrong directions, seeking fulfillment from inadequate, temporary-fix sources, none of which offer true lifelong contentment and peace.

The book of Judges, through numerous refrains, outlines many more times that the Israelites misdirected their appetites away from God:

All of this in response to a God who:

So, that was then.  They made foolish choices in satisfying their appetites.

This is now.  We’re smarter than that, right?  We don’t go off chasing useless, powerless things to fulfill our longings.

Human, stubborn, broken.  I find myself caught up in chasing the wind.

How thankful I am that we have a God that can and will satisfy all our hungry longings. 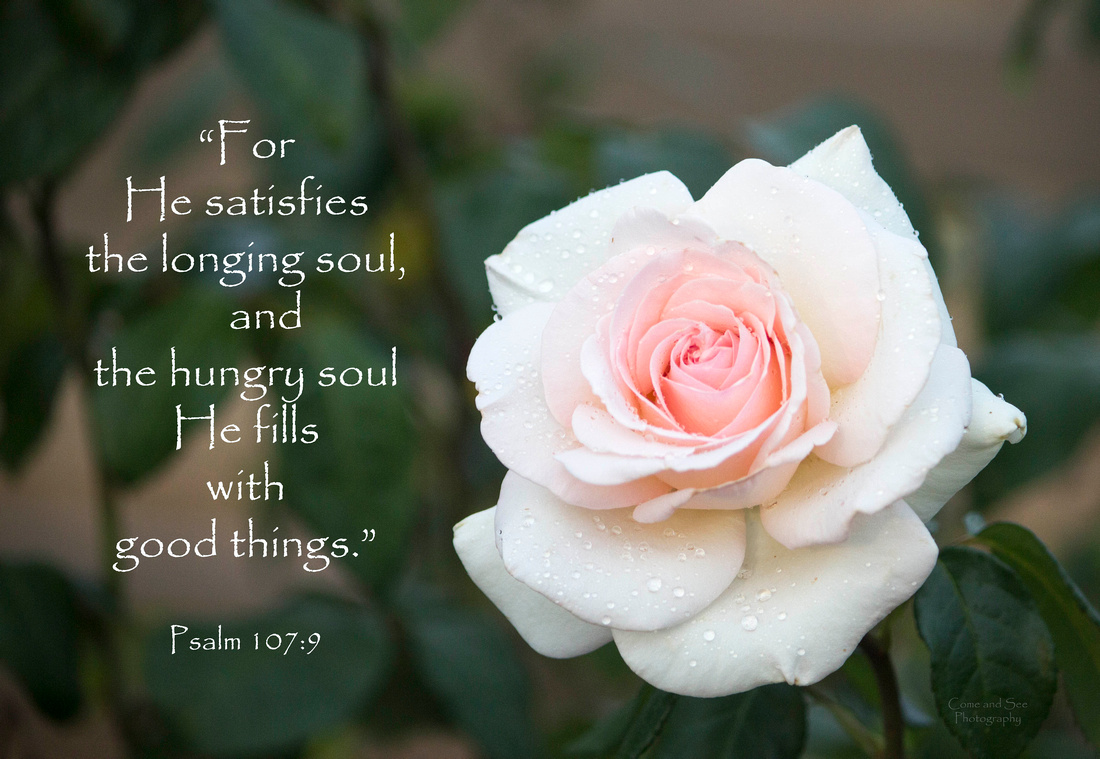 Thank you, Lord, for Your merciful provision for all of our needs, appetites, and desires.  Guide our paths to find satisfaction in You.

Do you know someone struggling with satisfying appetites in meaningless ways?  Perhaps this would help guide them to the Source for all.  Consider sharing.