This is a real story, but the names are removed.  Also, a warning that it describes some rather difficult events.  The story begins.

She lay there mentally ticking off the minutes.  Waiting.  He will be gone soon.  Just a few more minutes.  Hold it together.

Then he was done.  Gone with as little emotion as when he came.  Simply tossing a few dollars in her direction as he left.  No words.  No tenderness.  No promises.  Just gone.

She slowly sat up and buried her head in her hands.  She felt dirty, used, abused and empty.  How did she get here?  Where was the innocent little girl’s dreams she once held?  They were barely visible in the distance through the fog that was her ever present chaos.

Night after night, hour by hour, they came.  Using, grabbing, taking.  All just for a few meager coins, barely enough to keep the hunger of her growling stomach at bay for another day.  Yet she continues, feeling trapped and trampled in the life into which she has stumbled.  She didn’t plan to be here.  She can’t even remember how it happened.

But here she sits.  Raw, bare, and feeling nothing.  Feeling was too painful.  It was better to just be numb.

And then another knock at the door.  She freezes in the dim silence, too tired to perform again.

This one is persistent.

She opens the door and squints at the figure silhouetted against the street lights outside.  He looked vaguely familiar, but she was certain he hadn’t been here before.  But what did it matter?

She turned her back and walked a few steps back into the room and waited, steeling herself to what would come.

But only stillness and quiet followed as he simply stood at the open door.

Annoyed at the delay of the inevitable, she turned to face him, not bothering to hide her irritation.

“Marry me,” he said quietly, but clearly.

“Ah, so that’s the game tonight,” she thought.  How ironic!  The one thing for which she could never hope again!  Just a game.

“Sure,” she retorted, failing miserably to hold back the sarcasm as the piercing pain of the question stabbed deeply into her heart.

“Thank you,” came his simple reply.  He stepped back into the night for just a moment, returning with a large box which he gently laid on the bed.

Then turning to face her, he simply said, “I will return for you in the morning to bring you home to be my wife."  Pausing at the door, he tapped the lock and said, “Secure this when I leave.  You are mine alone now.”

He closed the door and waited until he heard the gentle click of the lock as she slid it into place.

Stunned by the past few moment’s encounter, she slowly walked to the box left by the puzzling visitor.  Lifting the lid, she gasped as the dim light in the dingy room contrasted the delicate pure white fabric of the gown, gently tucked inside.  She gingerly lifted the dress and inspected it.  Underneath were fresh, white undergarments and beautiful white shoes – everything she would need for her wedding day, and just her size.  How could this mysterious stranger know her so intimately?  Had he been watching her?  Had they met?

There did seem to be something vaguely familiar about him, but what?  As she pondered, her hand touched a small piece of paper tucked under the garments.  Pulling it from its hiding place, she held it up to the dingy light, revealing a delivery address and name.

Holding the paper closer to the light, she read it again.  Yes, she knew the address.  She knew the name.

Everyone knew the address of the palace.  And even the lowliest of peasants recognized the name of the King’s only son!

In that moment, clarity came.  That vaguely familiar figure she had seen from afar many times.  But how did he know her?  When had he ever given a glance or thought in her direction?  And why?  Why her when any woman would gladly have accepted this offer?

Through the remainder of the night she tossed and turned.  Indecision, confusion, unworthiness and hope warred within her as she wrestled with the morning’s promise.  Part of her wanted to just slip away into the night knowing she could never measure up to what he deserved or wanted.  She was so unworthy!  But still, the offer of a life of love in the palace of the king is the kind of offer that makes for little girl’s dreams and lasting fairy tales.  Dare she dream of redemption, an undeserved rescue from the dirty, dismal, hopeless world she had built around herself?

As dawn’s light began to softly glow, she resolved.

Rising from bed, determined, she…

How does the story end?  Good question.  No, this is not a fairy tale.  Yes, it is a true story.

Told through the real lives of Hosea and Gomer in #38 of the 52 Week Challenge, God calls His people, stained and soiled by this world to become His beloved bride.

But I can’t tell you how the story ends.  You see, the true story is written by you, and by me, in our own individual lives.  Do we accept the incredible offer beyond our wildest dreams and hopes?  Or do we choose to wallow in our past mistakes and failures?

What would you do – continue in a dismal existence or accept the offer of the Son of the King?

What will you do? 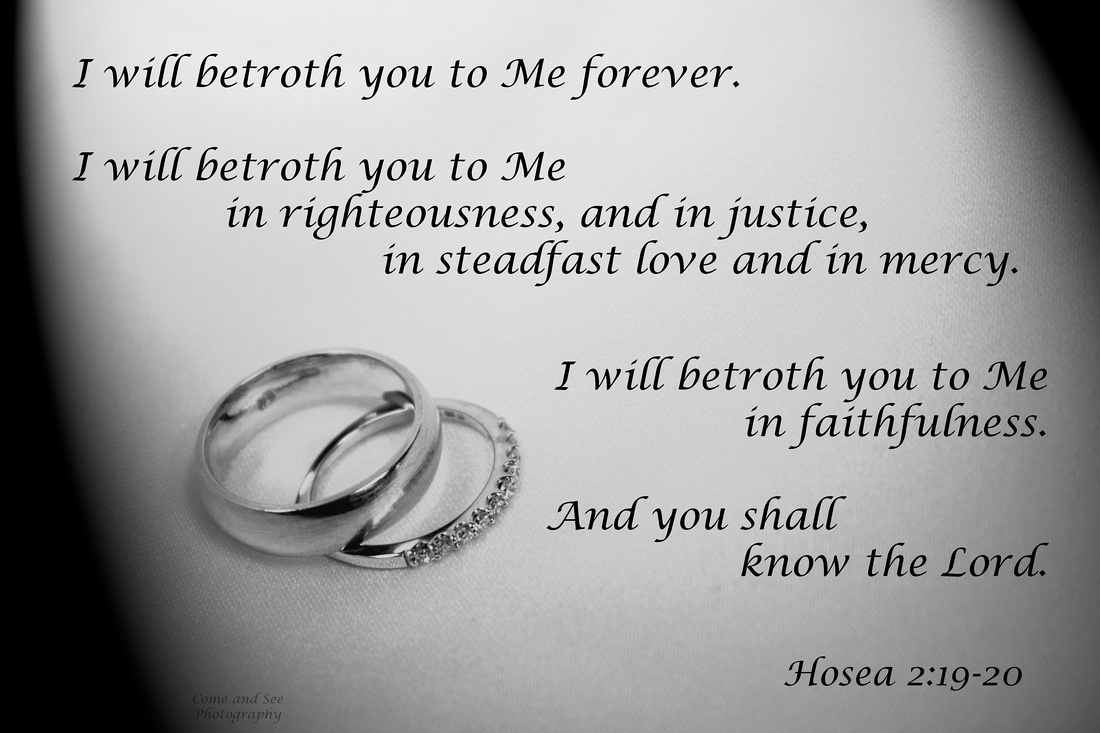 May we always choose to end our stories with accepting the gift.  Because that ending is just the beginning.